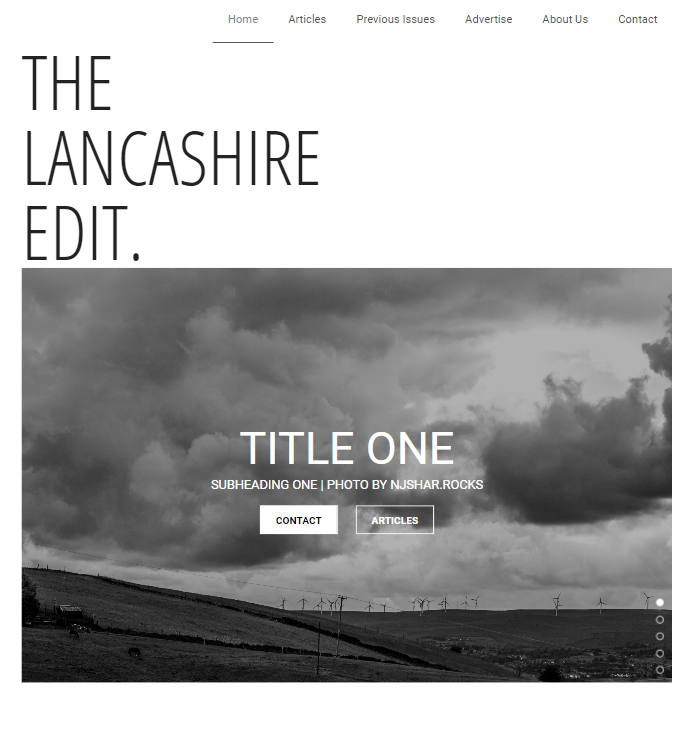 A prototype website for The Lancashire Edit, a local lifestyle magazine, championing everything they love about Lancashire.

After discussions with The Lancashire Edit, it was agreed that a new website would be developed with simplicity and elegance in mind, showing a modern and sleek style, whilst upholding some traditional style from similar lifestyle magazines. Whilst the website was handed over fully developed, The Lancashire Edit have yet to add their own content to the site.

The first job was to read similar lifestyle magazines, both local and national, as well as delving into past issues of The Lancashire Edit. For the most part, the magazine utilised simple colouring with black and white being predominant, a tradition of print that saves money during the printing process. Large, striking images were used too, often taking up full pages.

With all this in mind, a clean and simple design was produced, harking not only to the print version of the magazine but also to print traditions of the past, whilst utilising modern twists, such as large imagery, emphasis on social media and striking use of colour.

Colour Scheme – Whilst the majority of the site is black and white, colour picker fields were utilised within the client’s editor panel, allowing them to change the colour scheme for each section and article, as they would during the magazine editing process.

Font Choice – One of the modernising features used is the typography. Traditional print would use a serif font, but for a more relaxed, contemporary, lifestyle magazine I decided to use a sans-serif font throughout, picking the excellent Roboto font. For headers and article titles throughout the website, I wanted a more condensed, tall, sans-serif font, which has the effect of drawing the readers’ eyes down the page.

Social Media – Each section and article has a simple tick box option to share Lancashire Edit’s own social media or the social media accounts of the business that they are writing about. 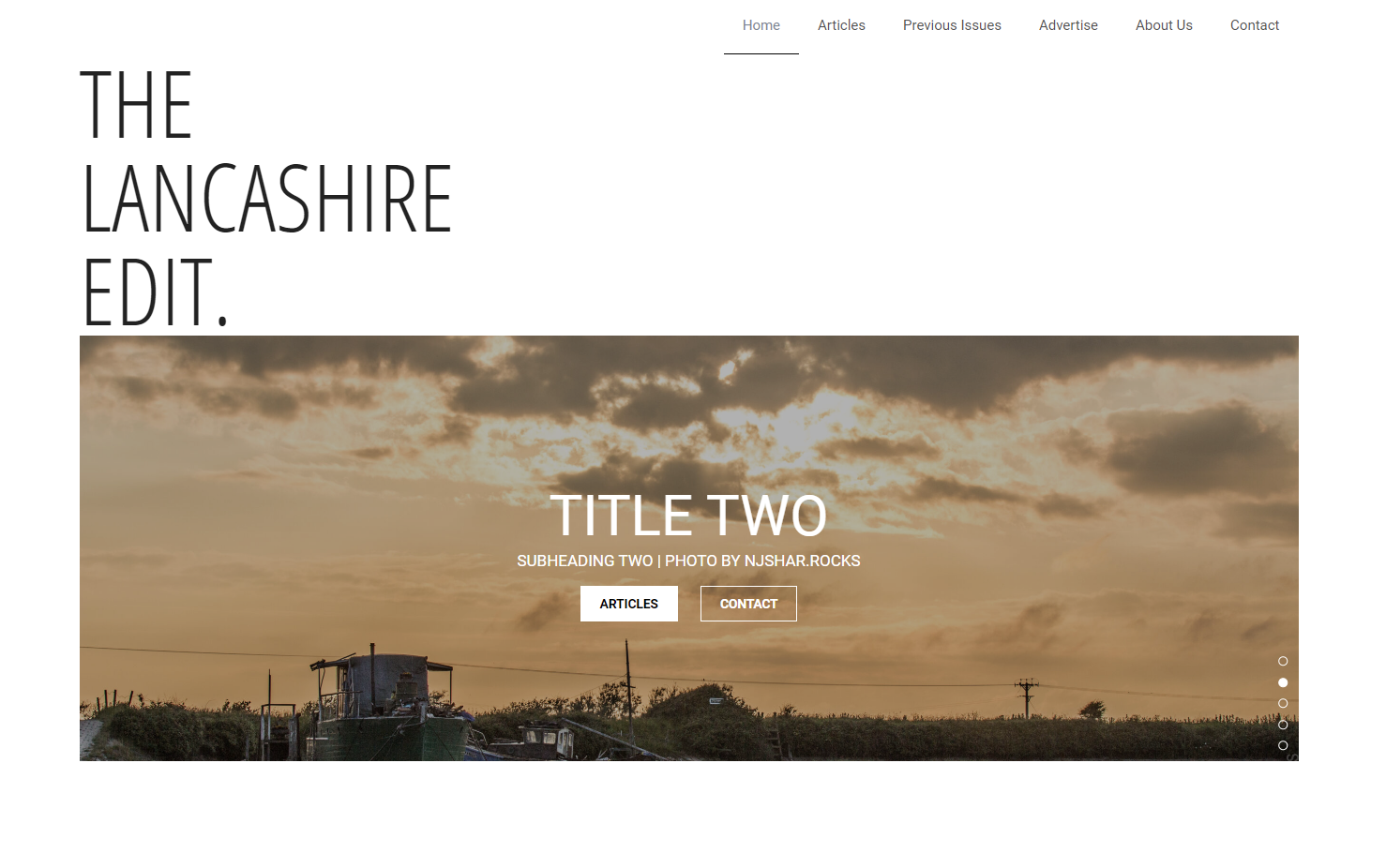 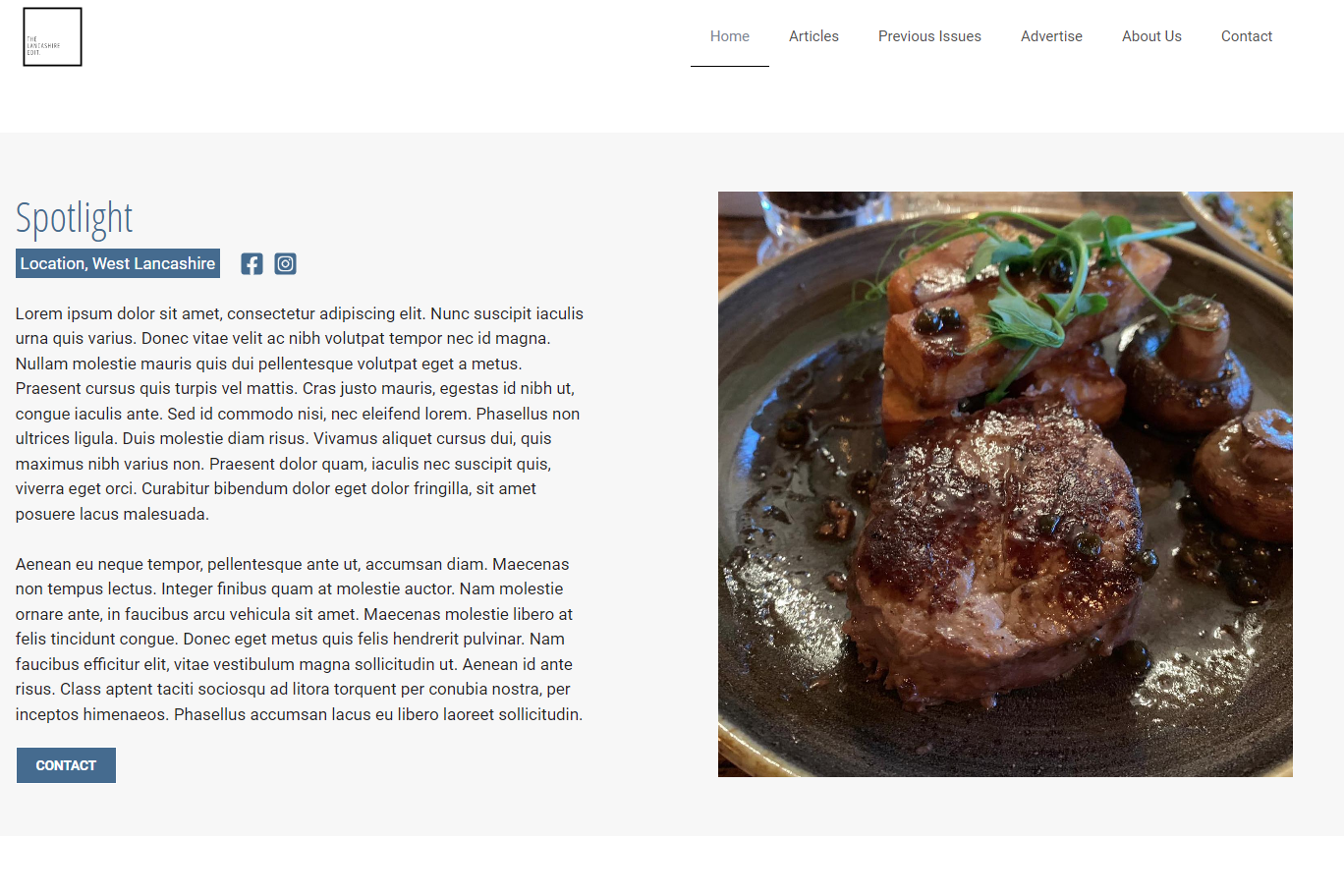 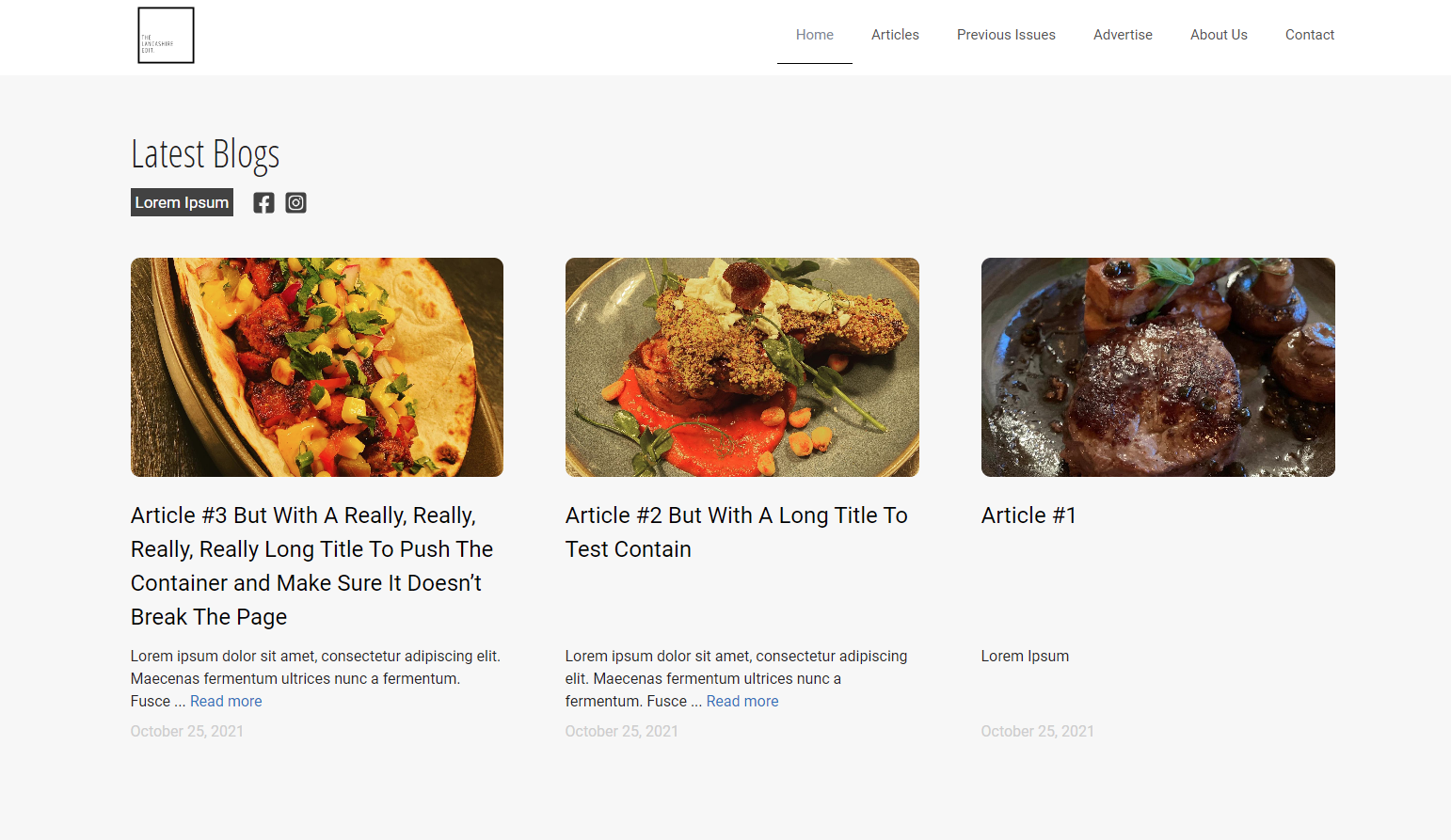 Like what you see? Have some ideas? Or no clue at all but want to get going on your next project? We have your answers. Contact us.

I love taking people’s ideas for their project, business or cause and getting creative to produce an attractive, user-friendly web space for them.